Founders and creative directors Vivienne Aerts and Ted Steinebach, and a team of entertainment professionals are ready to create a curated experience for your event. If you want to know what Vervool can do for you, do not hesitate to reach out through the contact page. 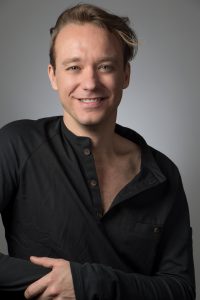 Originally from the Netherlands, Ted Steinebach worked in New York as a patissier at high-end restaurantEleven Madison Park***– currently one of the best restaurants of the world. Here he has seen what a 3 Michelin star kitchen is about and found his real purpose in life; to make beautiful food that is all about flavors and experiences. Ted started his career as a baker before moving to hotels and restaurants. Before coming to America, he worked as a patissier at ‘The Harbour Club Amsterdam’ and developed multiple desserts in a modern cuisine-style. In the Netherlands, he is also known for his exclusive brand of filled chocolates ‘bonbons’ under the name ChocoTed with flavors like Lagavulin Whisky, Lapsang Souchong and Flavors of Tangier. Currently, Ted pushes boundaries with his ‘twenty course dessert night’, he travels the world with Vervool experiences and is a brand ambassador for Original Beans chocolate, for which he developed a signature cake for Zur Heide, Dusseldorf and cooked at the Rheingau gourmet festival 2019 in Germany. 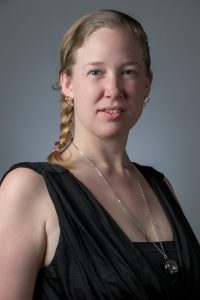 From the Netherlands, Vivienne Aerts studied on a Fulbright and graduated Summa Cum Laude at Berklee College of Music (Boston, USA) where she worked with renowned jazz artists such as Danilo Perez, Joe Lovano, and John Patitucci. Since, Vivienne has shared the stage with both national and international Jazz icons such as Lee Konitz, Kenny Werner, Chris Potter, Joe Cohn, and Florian Weber. Vivienne released her first album “Roofgarden” in 2009 and her second album “Polaroid” – a snappy Jazz a cappella EP in 2012. Vivienne has been residing in New York City since 2015 where she gave a debut performance at the Blue Note Jazz Club and is currently working on her third album. Besides this, she works with Kenny Werner and the Effortless Mastery Institute at Berklee.  Before moving to America, Vivienne graduated as a jazz/pop choir conductor and got a master degree in Clinical Psychology after which she worked several years as a psychologist, a teacher and a conductor of several choirs besides performing with different bands as a singer. Recently she spoke on the National Fulbright conference in Mexico, and recorded on Kenny Werner’s upcoming Vinyl with Dave Liebman, Terri Lyne Carrington and James Genus for NewVelle records. Vivienne continues to travel the world with Vervool experiences and her music is available on www.vivienneaerts.com and on Spotify, iTunes & Amazon.